The original concept of Facebook was released in 2004, which was right around the time Web 2.0 came out. The original web atmosphere Web 1.0 was a simple concept, which only allowed users to obtain information,yet did not allow user interaction in the form of comments or reviews. Then, Web 2.0 was released and facilitated interaction between web users and the sites they would visit. This concept was the catalyst for social media networks! Web 2.0 allowed for sites to be created where users could truly interact with the content and with other people who were viewing it as well. With this newly created internet experience, many tech entrepreneurs saw this as an opportunity and never looked back. Little did we know, it would change how we communicate forever!

“Throughout History, People With New Ideas – Who Think Differently And Try To Change Things – Have Always Been Called Troublemakers.” – Richelle Mead

Facebook was the brainchild of a Harvard University sophomore, some of you may have heard of him, Mark Zuckerberg. Originally, Zuckerberg created a website called Facemash. This program scanned student ID photos, which then allowed users to compare photos of others to decide who was hot or not. This is very reminiscent of Tinder or a slew of many other online dating apps available today. After Facemash was cancelled by the university, Zuckerberg released a new project coined as ‘TheFacebook.’ The website was only accessible by Harvard students initially, but soon spread to other universities across the country.

After TheFacebook began to gain serious traction around the country, numerous investors wanted to be a part of the company. In 2004, Sean Parker, the owner of Napster, joined as the company’s president and changed the name to “Facebook.” The following year, Accel Partner, a venture capital firm, invested nearly $13 million into the newly named Facebook. From there the rest is history! By 2009, Facebook became the world’s largest social media network.

“If You Always Do What You’ve Always Done, You’ll Always Get What You Always Got.” ― James P. Lewis

Because Facebook started out as a social network for colleges and universities, its design was relatively simplistic. It had minimum features from a profile picture and basic personal information available to others on the platform. However, in 2006 the platform made changes that brought it closer to the Facebook we know today. The improved version included a status bar, more photos, and the news feed.

The initial response from the newsfeed was grim. Users were not happy and even threatened to boycott the site due to the newly implemented news feed. They felt it took away from the profiles on Facebook and focused more on the actions users made instead. Soon after, in 2007, most users forgot the change and moved on as if nothing had happened. Following the major news feed addition; Facebook introduced video and a mobile app. From 2007 on, the company continued to update the page with the most modern tech at the time to stay up to date. As well as a slew of visual updates to polish and streamline the social media experience. While Facebook has gone under numerous changes in the past, it’s still maintains a basic profile, feed, and photos that we all love!

While Facebook is the largest social media platform on the planet today, it wasn’t always top dog. The first major competitor that Facebook encountered was Friendster. It was a first mover in the social media space and shortly after, their launch in 2002 amassed a large user base of 3 million people. For the infancy of the internet at the time, those were astronomical numbers! Unfortunately, Friendster quickly fell out of the spotlight, mainly due to another rising social media giant; MySpace.

Like Friendster, MySpace saw rapid success. Launched in 2003, the site hit the 25 million member mark in 2005 and a year later, hit 100 million! The major appeal of MySpace at the time was that anyone could create an account. Unlike Facebook, which was only open to universities at the time, MySpace allowed users to share content with other users using innovative personalization tools that were far ahead of its time. It was the perfect place for the younger demographic! Sadly, due to poor business decisions, the MySpace craze left as quickly as it came. The new owner saw the site as a media platform rather than a technology product. The company focused too much on advertising revenue and largely forgot about their users needs. Because of this slip up of priorities, Facebook quickly surpassed MySpace in 2008. While Facebook wasn’t the first company in the social media network space, they were the first to get it right!

“Success is not in what you have, but who you are.” – Bo Bennett

Some predictions have fairly good odds. Such as the weather forecast for the upcoming week or what you’re going to have for lunch. However, no one could have fathomed the impact that Facebook created. Because of how popular MySpace was at the time, it was automatically assumed that Facebook would sell to MySpace and look for a quick pay day. Tim Boyd, an analyst with Caris & Company, predicted Facebook would accept a $1 billion deal from MySpace. Mr. Boyd believed that MySpace would have a better support structure to make Facebook more successful than the current company could ever do; Boy, was he wrong! Facebook held out on the lucrative deal, as the company is now worth nearly $460 billion. Mark Zuckerberg’s creation was often doubted in the beginning, but with a great amount of determination, he overcame all negative predictions and ended up producing a #1 technological communications conglomerate that has taken over the world! 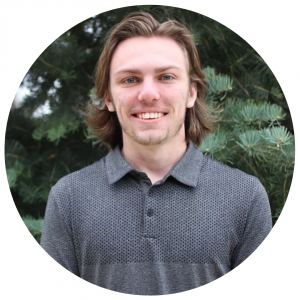 Hello, my name is Mitch Kolito. I am currently a senior at Trine University in Angola, Indiana. I am studying marketing with hopes of finding a career in digital marketing upon graduation. I ran cross country and track so I have deep roots in the health and fitness community. But I also have an immense passion for content creation, social media, video games, and much more!

Marketing Mistakes to Avoid & How to Bounce Back from Big Blunders on Instagram!

LinkedIn: The History of Professional Networking

LinkedIn: Who Uses It & Why Does It Matter?

Put a little Spark in your media!